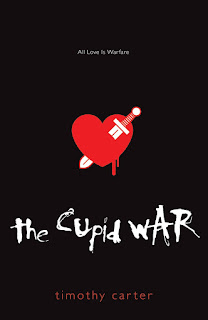 As the show wound down, Colin and Emma went to the bar for a drink. Then they left together to go get some coffee. Fallon sensed this, even though he and Caleb were long gone.
“I can still feel them, like you said,” Fallon told his mentor as they ambled on down the streets of the club district. “Is it always this, I don’t know... psychic?”
“You’ll get used to it,” Caleb told him, “and then it will be more of a subconscious thing. You will sense automatically when they will need another Love boost.
“And speaking of boosts,” Caleb turned to face a sports bar, “I have a few couples in need of a topping up. And would you look at that?” he pointed through the window at a flat screen TV hanging on the far wall. “It would seem the Argos are playing tonight.”
“How about that, eh?” Fallon said. In life, he’d been an Argos fan.
“To your first couple,” Caleb said, raising a pretend glass in a toast. “May there be many, many more.”
“Oh, there will be,” Fallon said as they walked into the bar. “I’m just getting started.”

Continued in The Cupid War, available from Amazon.ca and Flux.

Posted by Timothy Carter at 9:37 PM